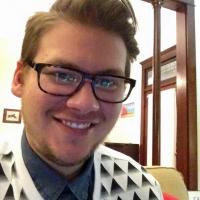 Alex Totten is an Indianapolis based political professional. He spent years working around the Midwest on LGBT Rights issue campaigns, including marriage equality and employment discrimination. In 2016, he entered the cycle as a member of Congressman Andre Carson’s leadership team, and later as political director of the Indianapolis Democratic Party. He’s now joined LEE with the goal of tackling core inequities that aren’t being addressed in Indy, and across the Midwest and Northeast.