Leadership for Educational Equity (LEE) member Maribel Gonzalez will tell you that it is unrelenting passion that drives her to visit laundry mats, supermarket parking lots and neighborhoods to hear what communities think about their schools and evaluate whether people are ripe for organizing around her cause.

She will tell you that it is passion that fuels her mission to transform low-performing schools and revolutionize school leadership so that every child has access to a quality education.

But what really motivates Maribel is anger. It’s this ire that she today channels into confronting the status quo and mobilizing communities to work toward reversing educational inequities. And she does so largely through leading community engagement for an organization dedicated to improving public education in a low-income neighborhood in the Bay Area.

What makes Maribel an invaluable asset to these efforts is her own journey, one that allows her to serve as a bridge between children experiencing a subpar education and the adults crafting policies that affect those kids. “I started at a place of anger,” Maribel said, “because of my own personal experience going to really low-performing schools.”

Her experiences unfolded in the South Central Los Angeles’ Watts neighborhood, where her family had settled from Mexico. A year after arriving in the United States and learning English, Maribel, then in fifth grade, had been identified as “gifted” – a moniker that she says helped shield her from the dysfunction surrounding her.

“As a kid, I was so aware that when I was in class, I was safe; the teachers were sheltering me from this chaos that was out there,” in middle school. Once she reached high school, the chaos and disparities became more stark, particularly in terms of the quality of her education. “I’d go from first period – amazing teacher,” she said, “and then I’d go into second period and who is this teacher showing ‘Wayne’s World’ every time?”

One of the amazing teachers included Michelle Carey, who taught Maribel’s ninth grade English class. Michelle had students reading Edgar Allen Poe and “The Diary of a Young Girl,” by Anne Frank. She created a poetry club, published a literary magazine featuring students’ work, and took students to Santa Monica to perform poetry readings at bookstores.

“She wasn’t like my other teachers,” Maribel said. “The way she looked at us was like she believed in us, and she would challenge us.”

Maribel went on to graduate at the top of her class, and was one of only two students to attend a four-year college. Years later, during her senior year at UCLA, she spotted Michelle in a coffee shop. That’s when she learned that Michelle – who was attending UCLA law school at the time – had been a Teach for America (TFA) corps member at Maribel’s high school. Inspired, Maribel went on to teach in the Bronx, N.Y., and later to earn a law degree. Michelle guided and encouraged her with each step.

“She was so ready to learn and so present and sitting on the edge of her seat saying, ‘What else can we do?’” Michelle, senior attorney at the Los Angeles Center for Law and Justice and adjunct faculty at University of Southern California, recalled of Maribel. “She wasn’t some kid who somehow was immune to the struggles of everybody living in Watts. She just found a way to keep moving forward.”

Looking back, Maribel said she was lucky.

“The way it works in these dysfunctional, decrepit high schools all over the country is that if you’re already a pretty responsible kid, a little bit self-motivated, but everything else breaks your way, the stars are aligned, you get the good teachers, maybe a counselor looks out for you … if you get lucky, that’s how you make it,” said Maribel, who previously worked as the statewide organizer for Parent Revolution. “That’s how I did it. There wasn’t anything extraordinary about me that the other kids didn’t’ have.”

“What kind of jerk would I be if I said, ‘Well, I made it; our schools weren’t that bad?’” and didn’t fight for students struggling today in poor-performing schools, she said.

And it’s that truth that inspires Maribel’s deep commitment to collective action in the name of transforming educational opportunities for low-income students. Along the way, LEE has been instrumental in bringing her back to a family of “amazing, motivated individuals” who are moving forward on similar goals for education. She also credits LEE with helping her grow professionally after taking part in its National Organizing Workshop and Public Leaders Fellowship, among other programs.

However, Maribel is still discovering her unique niche in the movement for educational equity. “I want to know what my theory of change is at some point … I want to develop something that I can work on,” even if it alone may not solve the problems she sees with education.

To Michelle, Maribel today is in some ways much like she was at 14 years old: on the edge of her seat, eager, dedicated, ready to give everything. “She throws herself into struggles that aren’t necessarily solvable with some quick fix, but she’s invested in really trying to make difficult things better,” Michelle said.

“She has such a critical voice that she’s choosing to lend to this movement in a really powerful way.”

I started at a place of anger, because of my own personal experience going to really low-performing schools.
Member Spotlight
See All 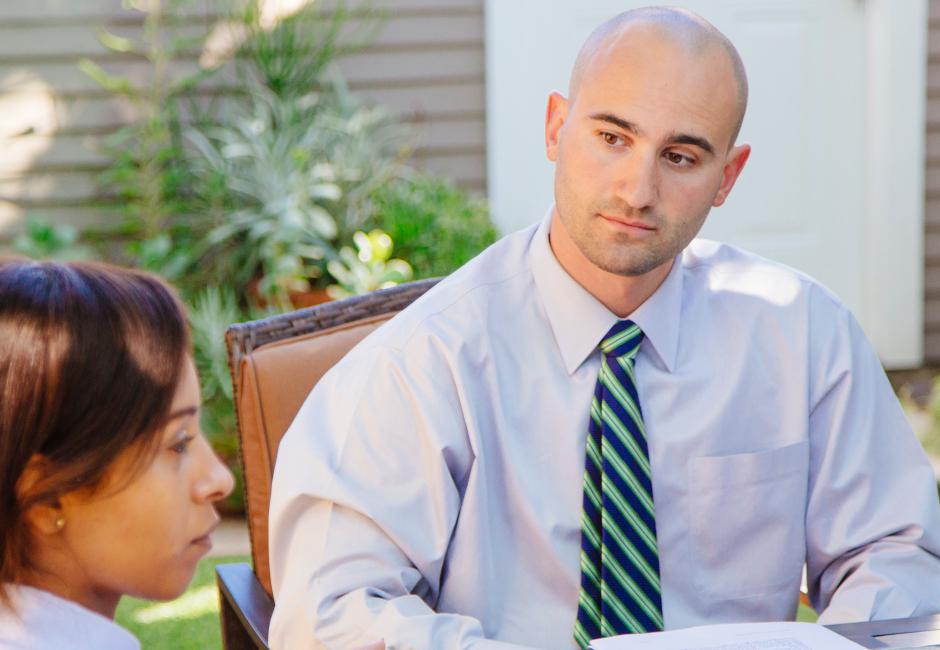