Veronica Palmer and Milagros Barsallo discovered their shared interests while participating in the Emerging Political Leaders Fellowship (EPLF)* in 2012. They formed a great working partnership throughout the course of the fellowship. Together they engaged in many conversations and exploration through their leadership plans and mentor relationships, and identified that a major gap in their community was work to engage parents and families.

This revelation spurred them into action. After the fellowship, they decided to co-found RISE Colorado, a community organization that works to educate, engage, and empower low-income families and families of color to RISE as change agents for educational equity in the public school system.

In 2014, RISE Colorado won TFA’s Social Innovation Award and in 2015, they won LEE’s Venture Fund and Fellowship. Veronica and Milagros were the first two Latinas to win both awards.

Today, they are organizing parents and running programs in a number of schools in Colorado. “The fellowship was part of the birth and the coming together of RISE,” Veronica said. “It helped create the work that I do today.  It’s hard work.  But, it’s very rewarding work and I can’t imagine doing anything else.”

*LPLF was known as the Emerging Political Leaders Fellowship prior to 2013. 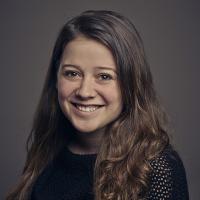