Repeal of anti-LGBTQ law is only the beginning for AZ students... | Leadership for Educational Equity Skip to main content

Repeal of anti-LGBTQ law is only the beginning for AZ students...

When you grow up, seeing no examples of people who are like you can be damaging — particularly for our children who are struggling with their identity. It impacts you at your core.

ARS 15-716C, known as the “No Promo Homo” law, prohibited Arizona school districts from providing instruction that “promotes the homosexual lifestyle.” The law was interpreted by most K12 institutions as completely prohibitive of even discussing the existence of LGBTQ people – not just in family life courses, but in all subjects.

In April 2019, a bi-partisan coalition of legislators repealed the law, thanks in large part to the leadership of Representative Daniel Hernandez, a LEE member. Driven by his passion for social justice and public service, Hernandez responds to this win for LGBTQ students.

“No district shall include in its course of study instruction which: 1. Promotes a homosexual lifestyle. 2. Portrays homosexuality as a positive alternative lifestyle. 3. Suggests that some methods of sex are safe methods of homosexual sex.” - ARS 15-716 Section C

Recently, the Arizona Legislature and Gov. Doug Ducey passed and signed into law the repeal of ARS 15-716 Section C; a law passed in 1991 at the height of the AIDS crisis and later became known as “No Promo Homo.” The law that was repealed was short in length but profound in its impact.

This language came from a time when HIV was a death sentence and I was 1 year old. In the intervening 28 years, I have grown up, medical science has improved, and this law was used to stigmatize the entire LGBTQ community in our schools. Thankfully, HIV now is a chronic, manageable condition. However, we see growing rates among people under 30 in Arizona.

I was proud to join members of the Republican caucus, prominent among them Speaker Pro Tem T.J. Shope and Sens. Kate Brophy McGee and Heather Carter, along with the entire Democratic Caucus in the House and Senate to draft a swift repeal of this law last week. Once again, we showed that we can still find consensus and mutual respect in the Legislature to get things done.

I know firsthand the negative impacts of this law as a gay man. The entire time I attended public schools in Arizona, the LGBTQ community was branded as an alternative “lifestyle.” That meant I was different. I was an “other.” I was never allowed to hear examples of LGBTQ role models lest it be seen as promoting a homosexual lifestyle, ostensibly erasing them and their contributions to our society from collective memory.

When you grow up, seeing no examples of people who are like you can be damaging — particularly for our children who are struggling with their identity. It impacts you at your core. I came out right after graduating from high school, thanks in large part to a loving family, but for some that is not an option.

Schools are meant to be a place for our children to grow and learn. But if you feel like you are invisible because the law says you are not able to be “positive,” can our schools truly be the nurturing environment we hope for all our children?

The LGBTQ community has made great strides winning fights like marriage equality and repealing discriminatory and harmful laws, like we did last Thursday. Yet much progress remains.

For example, a representative made a joke about “No Promo Eggo” on the house floor, making light of the repeal just a few short days before. When we should have been celebrating the repeal of a harmful law that institutionalized stigmatization of the entire LGBTQ community for 28 years, we are instead having to fight once more.

Our children will now be able to hear examples of LGBTQ role models in public schools. As a gay man, I can get married legally in the United States, but in Arizona I can still get fired, be denied housing or basic public accommodations for who I am.

I can serve in the state House, yet be openly mocked by a colleague. Our union is not perfect, but as we strive to become so, we must ensure all people are treated equally under the law. The next step for us needs to be updating our state’s non-discrimination law to include sexual orientation and gender identity in the Arizona Legislature. 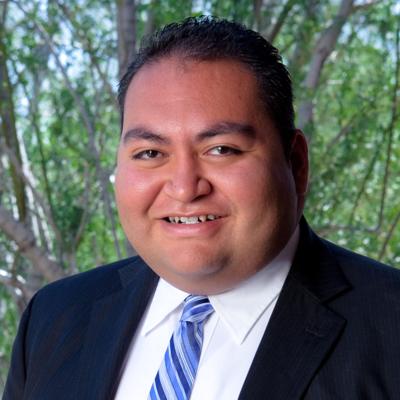 Daniel Hernandez currently serves as the representative of Legislative District 2 in the Arizona Legislature. As a first-generation college student, he served as an intern for the office of former Congresswoman Gabrielle Giffords and is widely credited with saving the Congresswoman’s life after a gunman shot her and 18 other people in Tucson in 2011. Driven by his passion for social justice and public service, he has worked on many issues at the state, local, and federal levels, including: gun violence prevention, LGBTQ equality, comprehensive immigration reform, and educational equity.

LEE members make a difference in their communities every day, through community organizing, policy and advocacy, and elected leadership. Sign up for one-on-one coaching with someone from your region!