Past, Present, and Future: Black Women Leaders Called to Serve

When I was a kid growing up in Chicago, I remember there being community celebrations when Carol Moseley Braun was elected to the U.S. Congress as a senator. There was talk from family members about how proud they were to see a Black woman represent Chicago. In school, the teachers buzzed about her being the first Black woman to climb to such feats, and by the following February she was part of our Black History Month curriculum. Her picture was pasted right next to Oprah Winfrey. The next school year, channeling the public servant energy of Senator Carol Moseley Braun, I decided to run for class president and won. My campaign focused on uplifting the voice of students in decision-making around our education in exchange for a Tootsie Pop.

Later in life, these two instances were components of the reasons why I decided to study political science for my undergraduate degree. Being at predominately white institutions in rural Illinois, I was often the only Black woman in my class. The education around American history and the current landscape of politics wasn’t representative of me or an accurate portrayal of American politics. There was little to no mention of the impact that Senator Carol Moseley Braun had made on the state of Illinois. Professors didn’t teach about the ceiling-breaking contributions of Black women like Shirley Chisolm or Texas lawmaker Barbara C. Jordan. My aggravation towards a campus and education wrapped in a white gaze impelled me to run for President of the Black Student Association, and launch an organizing campaign for a cultural center on campus that told the true stories of our people.

Years later, I arrived in Texas and landed a position where I had greater control of the narrative around policies that were reflective of my identity and the needs of my community. My supervisor was a young Black woman who served as the Senior Vice President of Government Relations of the Southwest Affiliate at one of the largest non-profit organizations in the country. In her role, she oversaw advocacy and public policy for the organization in six states. Through her leadership, I learned the boldness and power of identity politics. She was a firestarter, and the policies that we advocated for at the Texas Capitol were important for Black women, health equity, and Black children who needed access to support outside of the classroom. I needed to advocate for these bills just as the Black women before us advocated on behalf of posterity; shaping the world as we see it.

While my position was extremely important, many of the conversations with elected leaders that advocated for changes were exchanges with mostly white men; not dissimilar to the conversations in my political science classes in college. The meetings were sometimes combative or dismissive, and forced us to exercise our people power. Many days, I traversed the halls feeling invisible and couldn’t fully see how to make an impact. On those days, I was reminded that these were the same halls where Senator Barbara Jordan slayed giants and fought for equity; blazing trails for women to serve in greater capacities like Vice President of the United States.

After becoming a mother to a Black son, my identity garnered a new layer and my personal policy priorities for equity have become more urgent. Today, I’m inspired by local pioneers like Destiny Shantell Woodbury and Andrea Fulgiam — Houston organizers determined to dismantle the school-to-prison pipeline. These two Black women both work with a team of outstanding community leaders to tackle the system from multiple fronts. Destiny is building a school with a focus on social & emotional learning, while also co-leading a large team toward policy wins at the school district level. Andrea is helping to frame statewide policy that will aggressively address equity in the mental health supports students receive.

The work of all the phenomenal women from the past, present and future have indelibly shaped Black history, and my identity as a Black woman and mother. Through the work of dynamic Black women who have functioned as the first to’s, public servants, mothers, single-parents, educators, organizers, partners and friends — we are getting to parity through policy. 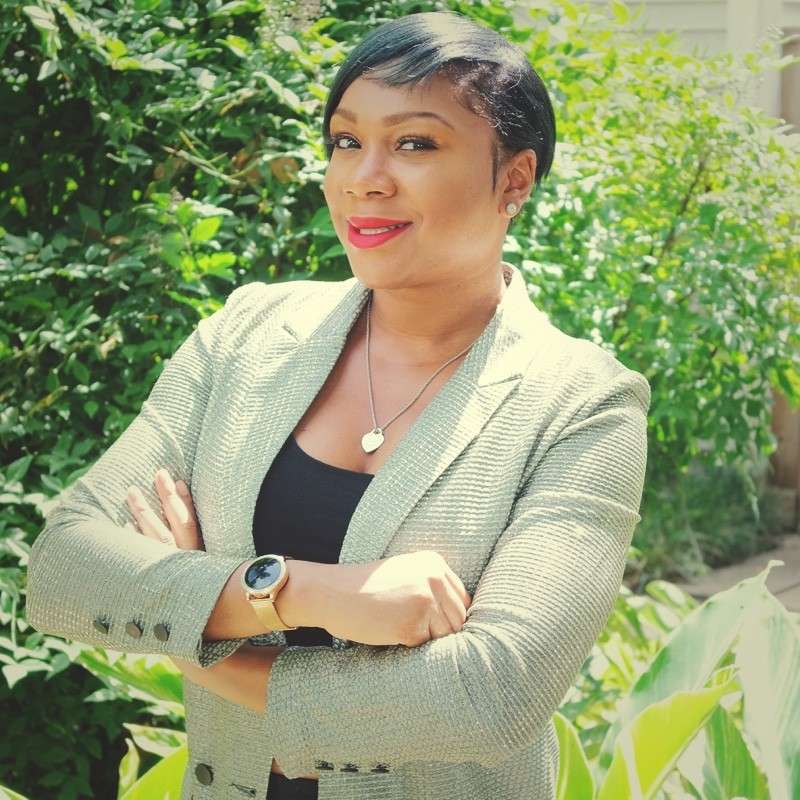 Ar’Sheill Monsanto serves as the Director of Organizing Strategy in Houston at Leadership for Educational Equity. She has worked in advocacy for 15 years where she has been responsible for successful implementation of evidence-based strategies to create policy, system and environmental change in public health. She is a certified Coach through the Coach Training Alliance and Licensed Realtor in Texas. Ar’Sheill received her Master of Public Administration and Certificate in Nonprofit Management from the University of Illinois and her Bachelor’s Degree from Western Illinois University. Ar’Sheill’s passion for education, homeownership, and economic empowerment allows her to help inspire & cultivate change.

All in all, she wants to make things better than how she found them.