An Open Letter to My Ancestors on Juneteenth

June 19th, 1865. A history we should never forget. A day I was taught to overlook. Black children across America are taught a subset of Black history that is friendly, palatable, and incomplete. We learn about the horrible journey you took coming to this country. The struggles you faced during slavery. How you survived the hardship and cruelty. But then history skips to Lincoln benevolently freeing our people, next to the Civil Rights Movement, and then here we are today. Revisionist history at its finest.

The true accounts of your lived experience during the middle passage, in slavery, and on the very day you learned our people were free were never taught, recorded in history books, or listed as a required learning for U.S. History. It pains me to know that one of the most important days in your life–and in our people’s history–is barely a footnote today.

The first time I learned about Juneteenth, I was 12 years old walking through a festival with my mother and brother. While enjoying some music, I began to notice signs and shirts with a confusing word on them… Juneteenth. I tapped my mom and asked, “What’s ‘Juneteenth'?”  She briefly explained, “That is the day slaves, our ancestors, became free people.”

Thanks to some historians and Juneteenth.com, we have a better understanding of how Juneteenth came to be.

“The Emancipation Proclamation was signed by President Lincoln as an executive order and became active on January 1st, 1863. But executive orders need to be enforced. There was still a strong resistance in Texas with little union presence. There were not enough union troops in many parts of the south to ensure slaves were freed all at one time. It took two and a half more years before every African American slave was free in the United States. On June 19th the Union soldiers, led by Major General Gordon Granger, landed at Galveston, Texas with news that the war had ended and the enslaved were now free. Hence, Juneteenth is the oldest nationally celebrated commemoration of the ending of slavery in the United States.”

Once back home, my mom launched into an impromptu history lesson about emancipation, Juneteenth, and the beginning of reconstruction. She also assigned us several supplemental readings, including Incidents in the Life of a Slave Girl, Narrative of the Life of Frederick Douglass, and The Autobiography of Miss Jane Pittman.

Reading then and now, I find myself imagining that day you became free. The romanticized version would have my ancestors shedding the clothing of slavery for a colorful array of fabrics, vibrant with life. Your melanated skin shone clean and sun-kissed as you danced your way to freedom. In the fashion of the end of The Wiz when Eveline is vanquished by Dorothy; Brand New Day playing in the background.

I have so many questions I wish you could answer…

What did you feel, say, and do when you learned you were free?

Were you filled with joy spilling over into tears?

Were you worried about what this new found freedom would actually bring?

Did your body remember a long lost feeling of freedom from generations past? Did you break out into an evolved version of ancestral dances?

Or did you stand in disbelief waiting for “master” and overseer to appear and mock the very thought, lash in hand ready to punish anyone who dared to believe they were worthy to be free?

I’m thinking about you as I meet this moment. Your constant fight for freedom. What did freedom mean to you? What changed in those milliseconds between slavery and freedom? I know from reading about Black Wall Street and Rosewood, and watching 13th, Roots, and Harriet that life in freedom was not the promised land you hoped for. Still, you continued to fight.

There were no 40 acres, no mule, and no support from the federal, state, or local government ensuring 40 million Black souls could truly pursue happiness. How long did it take you to realize this freedom was a new form of slavery – cold and isolating, with intentional exclusion from economic, educational, and political systems?

I wish I could say your struggle was the last. That the pain you endured and strife you overcame during Reconstruction was the last time Black people had to fight for our rights in America. Instead, Black life has been a broken record circling back to the same fight every decade;the fight for true freedom. For a little while, we hear the great music of progress and hope, then the track skips and it feels like we are right back where we started. But we must continue to fight.

We felt hope after the 14th and 15th Amendments, which was short-lived once poll taxes and literacy tests kept us out of the voting booth. Meanwhile, Jim Crow, lynchings, and targeted violence terrorized our communities for over 80 years.

We felt hope from the Civil Rights Movement, which died with the assassinations of Martin Luther King, Jr. and Malcolm X. This cycle of triumph and setback, hope and despair, continued past your time.

We felt hope when we elected our first Black President, Barack Obama. Now we have circled back to fight again for freedom.

Freedom to sleep. Freedom to run. Freedom to drive. To walk home from the store. To shop. To play on the playground. To eat ice cream. To learn about my history in my school. To laugh loudly with my friends. To stand together in public. To wear a hoodie. To vote. To grow up. To lead. Freedom to live. Freedom to breathe.

Freedom to be Black.

Our people’s freedom – Black people’s freedom – did not happen at the stroke of the pen from Lincoln or the lone announcement from a Union Major. Our freedom has been in progress since we first stepped foot on the shores of Virginia in 1619 and continues to evolve over 400 years later.

Our freedom is messy, entangled with the very roots of America, which founded, developed, and thrives on our bondage.

This Juneteenth I am filled with more fight than ever before. I am determined to be a part of the force breaking every chain shackling us to the systems of white supremacy, policies shrouded in racism, and institutions built on slavery.

Then and only then will all Black souls be free.

Happy Juneteenth to my ancestors whose strength, wisdom, and love are forever with me.

Carrying your torch in my heart and your fight in my spirit,
Ateira 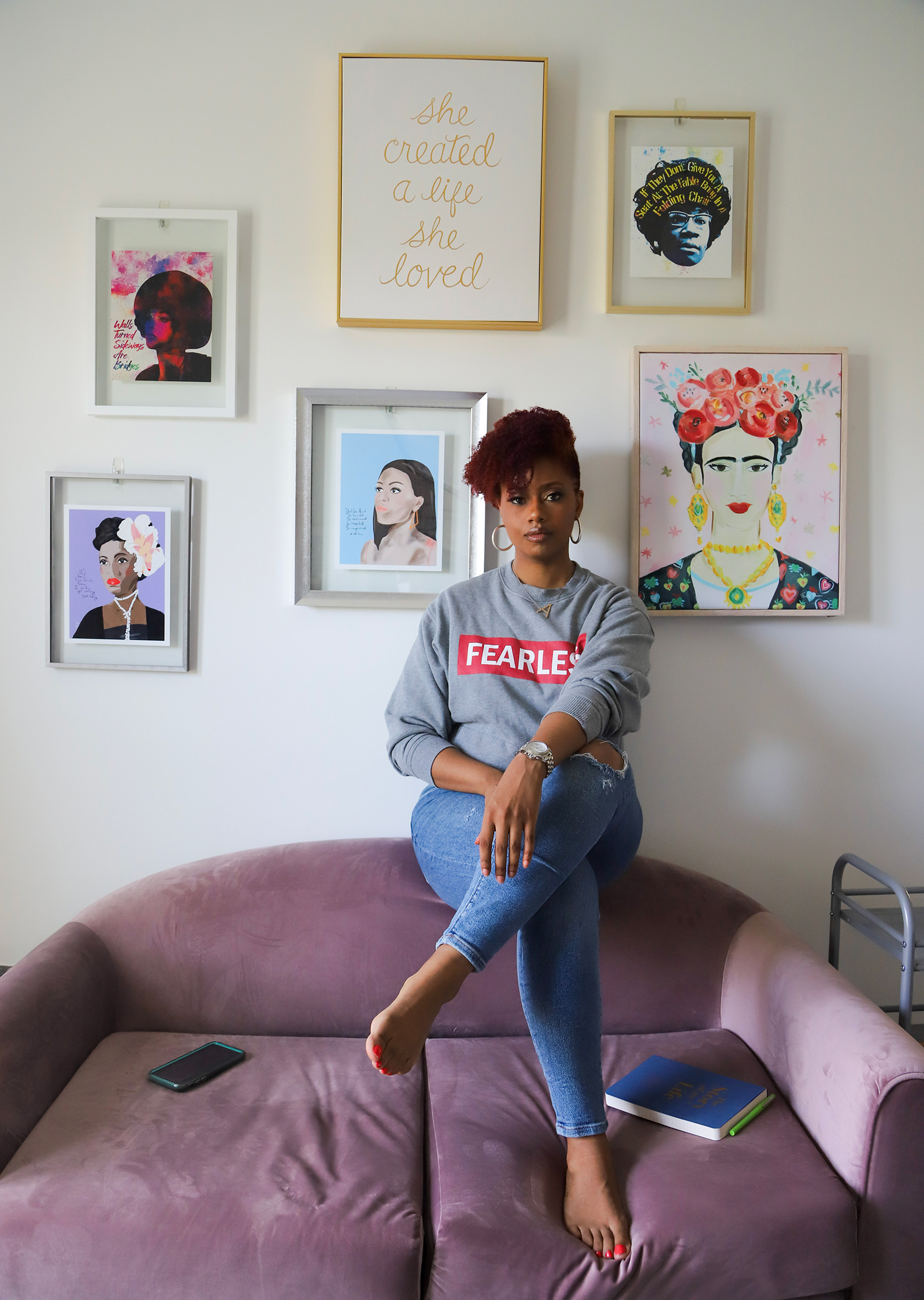 Ateira Griffin is a life-long Baltimore City resident, educator, facilitator, and community organizer. She is the founder of BOND (Building Our Nation’s Daughters, Inc.) which mentors single mothers to cultivate positive mother-daughter relationships and increase their economic mobility 2 generations at a time. She has served as a K-12 educator and school administrator at the Baltimore Leadership School for Young Women. Recently, she testified in front of Congress advocating for equitable housing practices in Baltimore and across the nation.

Currently, she serves on the board of Teach For America - Baltimore and The Unity Hall in West Baltimore. Ateira was awarded the 2019 Echoing Green Fellowship in recognition of her leadership and her work with BOND. She believes a part of her life’s purpose is to disrupt all things oppressive to the Black community, women of color, and single mother households. She has learned through her experience in urban education, policy, and community organizing that purpose, action, and unconditional love go a long way to create change.