Lifting up the voices of children is a worthy investment, says LEE member Amanda Rivera Flores

Amanda Rivera Flores is the Executive Director of Youth Development Institute of Puerto Rico. She has over 12 years of experience working for children and youth, promoting public policy and education research. Amanda has led efforts of federal public policy focused on issues of child welfare, juvenile justice, mental health, homeless youth, among others, through her work in the nonprofit organization Youth Villages. Additionally, she is the co-founder of Puerto Rican Minds in Action (Mentes Puertorriqueñas en Acción), an entity with a mission to empower a network of young agents of change to create inclusive and effective initiatives for Puerto Rico.

She sat down with LEE staff to discuss her work in changing public policy to help reduce child poverty.

It’s such a complex and difficult time for the entire world, so I think it is normal to feel anxious about all the uncertainty and tragedy surrounding the pandemic and its impacts, but I try to stay focused on what it is I can control for myself, my family and my community.

As a new mom the concept of self-care has been completely redefined. I think before being a mom and definitely before the pandemic my self-care would have been a pedicure, or sleeping in late. How things change! For me right now it is staying positive, making sure we go for walks at least once a day, calling my mom when I need her support, and cooking healthy and delicious meals.

As the Executive Director of Instituto del Desarrollo de la Juventud, what is your work like?

I have been at the Youth Development Institute for three and a half years. Previously I was a lobbyist for what I call the “good forces” in DC—child welfare and juvenile justice issues, but decided to move back to Puerto Rico for this role. The work that we do at the Institute is centered around reducing child poverty through changes in public policy. We are a hybrid between a think tank and an advocacy group. We use data and engage mothers and young people to define problems and solutions, and lead a variety of advocacy processes—from traditional lobbying to digital mobilization—to achieve those goals. There are few entities in Puerto Rico that do work around policy, which is why we have had to take on both sides of the equation—generating research and data and advocating for change.

What would you say most motivates you to do what you do with children, young adults, and families?

Many non-worthy (and many times detrimental) interests have seats at the table to make decisions and to influence policy, but those living in marginalized communities do not have a way to bring their interests. Marginalized communities are arguably the most important interest group that a country could have… so it is simply unjust. If I can promote work to help raise those voices, to give a seat at the table, then I think that’s a worthy investment of my time and talent.

This issue of lack of representation is compounded for children in Puerto Rico. One needs to remember that Puerto Rico itself doesn’t really have a seat at the table in Washington DC, where decisions are being made that affect the island.

That being said, some of the work at the Institute that I am proudest of has involved visibilizing Puerto Rico’s high rate of child poverty in Congressional hearings, placing the issue in front of all the candidates for governor in Puerto Rico (and so far we have already had two candidates place this issue as part of their platforms), and forcing the conversation in the media—both in Puerto Rico and the states—so that the issue has to be faced. In that line, probably for me the most exciting moments have been when young people and mothers themselves have “spoken truth to power” in forums we have facilitated, forcing uncomfortable conversations and having those in spheres of power be confronted with not just the numbers, but the humanity behind this reality.

What led you to the work you lead with children, young adults, and families in Puerto Rico?

Most of my career was in education, but over the last years of my career I pivoted to other issues affecting youth, which usually get sidelined when we focus on education as the silver bullet for improving child and youth outcomes—child welfare, mental health, juvenile justice, poverty. Particularly, the issue of family poverty, in my opinion, we should be trying to address just as aggressively as we have tried to solve the issue of education. Otherwise we will continue to see pockets of progress and success—usually at the cost of a lot of burnout and a great amount of resources—but not a truly systemic improvement on the mobility and overall wellbeing we want to see for children and youth.

My path wasn’t traditional in the sense that I did not start out in the classroom. I started out doing fundraising and community outreach at a Catholic School in Harlem, Our Lady of Lourdes School. After this I worked coordinating a violence prevention program in public schools in Puerto Rico and this provided me with a broad understanding of where that system was, which pushed me into public policy. Ironically enough, I hear a lot of people who want to go from the classroom to policy, but I did the opposite. After studying public policy and working for a research and public policy firm working on education reform in Puerto Rico, I realized I needed to be in the classroom to better understand and grasp the issues. This is when I joined Teach for America (DC Corps ‘12). It was this experience that gave me a sense that a lot of the issues that children and youth were facing would not be entirely solved by a better curriculum or better instruction. I know this is an unpopular opinion. The idea is not that we make excuses or lower expectations, but that we consider a multi-pronged approach to improving child and youth outcomes.

After TFA, I worked for Youth Villages, advocating for a more preventive and holistic child welfare system and increased use in the use of research and evidence to inform policy. I loved that job, but always knew my calling was in Puerto Rico. So, when the opportunity to lead the Institute came about, my husband and I packed everything and moved home.

Who are some of the key mentors or people who influenced you?

So many! To mention a few, my 6th grade teacher Mr. Kurtz, who when I was an English Language Learner student in Amherst, Massachusetts and insecure about my abilities, always believed in me and invested time to make sure I knew I was smart and capable. Cathy, the principal at Our Lady of Lourdes and my first boss, who has been in education for decades and turned around a failing school while still keeping her staff. Cathy was not only a great educator, but began raising those questions for me, about the importance of working with the wide array of situations and the context that students bring into the school. I was always just truly impressed by how she always put kids and families first, while also honoring the potential and professionalism of the teachers she had in that building, which I think is something that sometimes the education reform movement has really lacked.

In Puerto Rico, I was able to work for the mayor of my hometown who was a fantastic and true public servant. This man retired and decided to become a mayor, not even getting a salary for it. He turned the city around in a few years. I admired him and the work he had done, and he was the only politician I have been inspired to work for. It wasn’t about the politics but the results of his work, his humility and his leadership. What I learned the most from him was to lead through listening. The city had implemented all these innovative initiatives, and most of them weren’t his ideas. He opened up the space for people’s ideas and gave them the trust and resources to run with them, and that has had a big influence on my leadership style. Unfortunately, he passed away a year after I worked there, and it was a great loss for all of us who worked with him, as well as for the island. 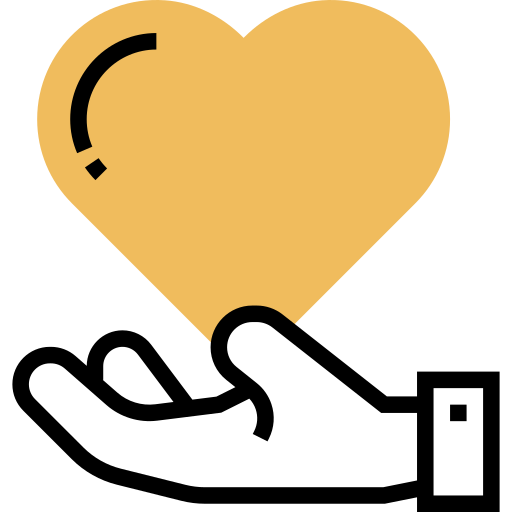