FraLEE’s Note: Back to Basics | Leadership for Educational Equity Skip to main content

FraLEE’s Note: Back to Basics

At 12:50 PM, a few Saturday’s back, I watched Lori Turner, LEE’s Senior Director for Regional Impact, and the Chicago Regional Strategy Team struggle with the emotions of any new organizing effort.

People try not to show it, but many think questions like, “When we start in ten minutes, will anyone be here?”; “I know who told me they were coming. Where are they right now?”; or “I worked hard to get my friends to attend, I really hope this meeting goes well.”

Those last ten minutes can be dreadful. Trust me – I’ve been there time and time again over the course of my organizing career. And I feel confident saying those kind of questions went through everyone’s minds in some form or another.

Then, of course, the slow trickle starts.

As Jaime and Francie – two LEE members – ran the registration table, they bantered back and forth with new arrivals. Then a line started to form. Then it started to back up, and Jaime and France made a mad dash to make sure folks had enough pens to sign in.

Before they knew it, 90 people had arrived and the first LEE Chicago Issue Assembly began.

Anne, Brandon, Allison, Jeremy and Amy – members of the Regional Strategy Team, or RST – opened the meeting. But once the assembly was framed and everyone was clear on why they were there and what they hoped to achieve, the caucuses began in earnest.

Then, things got interesting, messy and fun.

In a gathering that could easily be construed as a social event, people moved around the room listening, cajoling, prodding, laughing, sharing their passions, and negotiating. By 3:20, the Issues Assembly narrowed down to four areas, with each issue attracting support from roughly the same number of folks.

The RST caucused to discuss what to do next: push to negotiate down to three groups (the original goal) or move ahead with four. The RST understood four groups would stretch their capacity to manage each accordingly and require more ownership by group members.

So in true democratic fashion, the RST put the question to a vote.

The Issue Assembly unanimously voted to move ahead with four issues to tackle in the region: (1) interrupting the school to prison pipeline and community safety, (2) pre-K quality awareness, (3) school finance and funding, and (4) principal leadership and teacher agency as key to successful schools.

On Saturday, LEE members went back to basics and “did politics.” They haggled, they talked, they shared stories and found common interests. And they proved that anybody anywhere can engage civically and play an active part in our political system.

This is the kind of work we are supporting: in Charlotte, where we ran a regional training for Issue research Teams, or in South Dakota, where the RST came together for the very first time. LEE members are engaging one another and their communities all across the nation.

LEE’s goal is to help members come together with the skills and tools they need to build effective change on behalf of kids in communities all across the nation.

Democracy must be a participatory sport NOT a spectator sport. And it’s clear our members aren’t content with sitting on the sidelines – it’s only a matter of time until they all show up.

On Saturday, LEE members went back to basics and “did politics.” They haggled, they talked, they shared stories and found common interests. 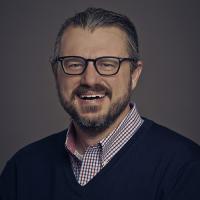