The Oakland Promise is one of the most innovative and ambitious educational equity efforts happening in the country right now. This cradle-to-career community effort is the vision of Oakland Mayor Libby Schaaf and David Silver, a LEE member serving as education director for the mayor.

LEE members are proud to be part of this comprehensive community effort. David requested to work with LEE to identify qualified members who were interested in honing their policy skills and contributing to this unprecedented effort. Three LEE members were awarded LEE Policy Fellowships and placed at the Oakland Promise: Margaret Croushore, Nina Remiker-Scheinman and Lindsey Jenkins-Stark.

In partnership with Oakland Unified School District, the East Bay College Fund, and other financial supporters, the Oakland Promise will engage nearly 200,000 children and families to help ensure that all students graduate high school with the expectations, skills, and resources to complete college and be successful in the career of their choice.

To achieve their ambitious vision, the Oakland Promise developed four initiatives to help Oakland parents and children save and plan for college at every stage, and provide the critical support needed to enroll in college and earn a degree. They have already launched the first two initiatives:

In the 2016-2017 academic year, the second two initiatives will launch:

There are miles to go before the city reaches their education goals, but the community took a small break to celebrate their progress in late February when the city was honored by the Golden State Warriors Foundation which presented the city with a championship ring. The Rev. Jesse Jackson was on hand to offer these words of encouragement:

“Oakland is on the way back. And the Oakland Promise provides opportunities for all children in Oakland to find their path to future success. This innovative initiative opens doors for all of our students. I often say, if your mind can conceive, and your heart can believe, we know that we can achieve. Oakland Promise can transform lives and lead the way to the future.”

Learn more about the Oakland Promise from local coverage in the San Francisco Chronicle and the East Bay Times. 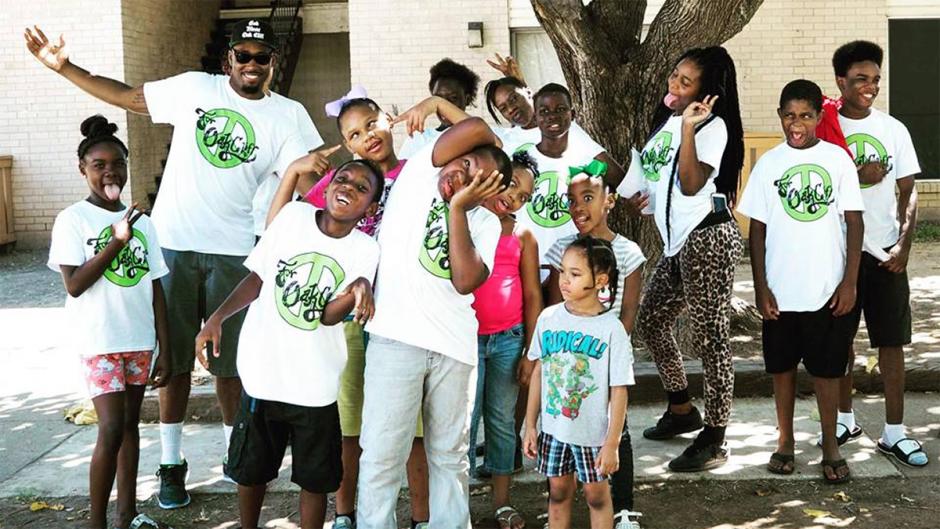 Returning to teach in his home town of Oak Cliff-Dallas, where the incarcerated far outnumber college graduates, Taylor Toynes quickly realized many of the students in South Oak Cliff lacked even the most basic school supplies. Undaunted, Taylor organized a community-wide response to meet the needs of over 1,000 students.

Read More
Who We Are

Leadership for Educational Equity is a nonprofit leadership development organization inspiring & supporting a network of civic leaders to end the injustice of educational inequity.

The Leaders’ Table Podcast is a series