From the Classroom to the Campaign Trail

Deciding not to return to my Algebra classroom in Washington, DC after my third year of teaching was one of the toughest decisions I ever had to make. Undoubtedly, my greatest fear was that moving to a different job, even if it was still related to education, would mean sacrificing the genuine feeling of fulfillment and purpose that comes from teaching. How could I ever have the same impact on my kids if I wasn’t in the classroom each day with them?

Despite these feelings of anxiety, I knew I had to say goodbye to my brilliant students and decide what was next. Though I love teaching, I had attended American University to study politics, communication and policy before I joined the corps, and I wanted to give myself an opportunity to explore this field. While I was confident that I learned enough in the classroom to equip me for almost any future position, I worried that many employers might not be so sure. Thus, I reached out to Teach For America and LEE for help in making this transition.

After my experience with LEE’s professional coaching service turned out to be a very productive use of my time, I decided to apply for LEE’s Campaign Boot Camp, an intensive three-day workshop that would, I thought, help me start to level the playing field between me and my peers who had spent their time since college graduation working in politics and on campaigns. I was still worried about my kids and my impact, but I was excited to be headed in a new direction.

I don’t think it would be right to blame LEE for my immense misunderstanding of what I would learn from the Campaign Boot Camp, as it was me who underestimated their level of organization, commitment, passion and understanding for the corps experience. By the end of the first hour on the first day, I was blown away, quickly reminded of the power of learning in a room of like-minded, talented corps members. It did not take long for me to realize that the workshop was not meant to download information or teach me how to work for a campaign - it was meant to inspire me to lead a campaign, either through management or candidacy, by convincing me that I had already acquired the skills to do so during my time in the classroom.

For me personally, in all those years watching The West Wing and studying public affairs, I had never contemplated managing a campaign myself - however, in just three days, this workshop convinced me that I not only wanted to become a campaign manager, but that I could succeed at managing a campaign through a series of compelling “aha” moments that the skill set for managing campaigns overlaps immensely with the skill set for teaching. It turns out both demand dedication, genuine passion, decisiveness, goal-setting, backward planning, use of data to make decisions and measure progress, as well as the ability to relate to and inspire people.

Despite my new-found inspiration and confidence about campaign and political work, I still couldn’t shake the nagging anxiety I had about lessening my impact on my kids. Fortunately for me, in typical TFA (and LEE) style, time was built in to the boot camp to network and discuss next steps. As a result, two days after the workshop ended, I had the opportunity to jump onto a DC School Board of Education race for Tierra Jolly, a New Orleans corps member who was running for the School Board seat in the district in which she grew up in inner-city DC. Knocking doors in many of the neighborhoods in which my kids live, speaking to concerned parents and grandparents about their experiences with DC public schools, and working with a small group of dedicated campaign staff with similar motives as me was the best experience I could have hoped for outside of the classroom. When Tierra won by 104 votes, becoming the only teacher on the entire DC School Board of Education, I knew that even though I was using a different platform, I still felt the fulfillment that comes from serving my kids and fighting to make their education excellent.

It was meant to inspire me to lead a campaign, either through management or candidacy...
All articles 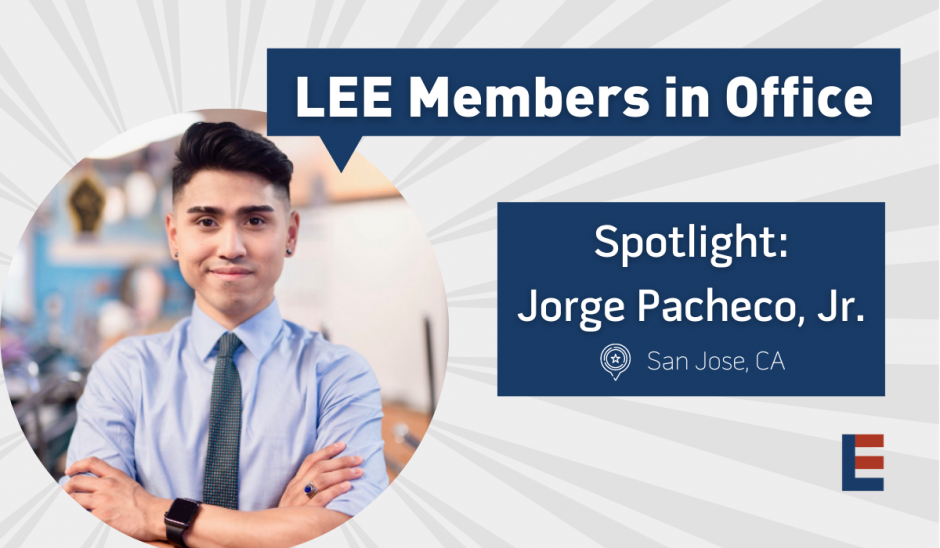 Our “LEE Members in Office” series

Oakland Promise will engage nearly 200,000 children and families to help ensure that all students graduate high school with the expectations, skills, and resources to complete college and be successful in the career of their choice.