The year before he started kindergarten, Brandon Lewis’ mother packed up their home in Birmingham, Ala. and moved to Atlanta after a conversation with a white teacher at their local elementary school. The teacher had told her that she looked forward to seeing him in her classroom one day — she taught remedial math.

His mother’s choice to move made all the difference in his life. Brandon (TFA Houston '09) went on to attend one of the best school districts in Georgia, graduated top of his class and was the only person from his high school to attend an Ivy League university.

“What stands out about my experience is just how rare it is. We’ve all seen the statistics about how black boys perform in public schools and the data is bleak.”

Today, Brandon is the Manager of Health and Education Policy for the National Urban League in Washington, D.C., a civil rights nonprofit that provides resources to the African American community. He works closely with policymakers to ensure that National Urban League programs benefitting black students continue to be a part of the education landscape.

“I fight for educational equity because I believe that black boys born in Alabama deserve a high quality education. They shouldn’t be hindered because they were born in the wrong zip code or because they have black skin.”

Brandon says his LEE coach played a huge role in helping him land his current role.

“I was fortunate to have an incredible Regional Director when I first joined LEE in Houston. He introduced me to the world of community organizing, developed my skills and pushed me to become a founding member of ONE Houston. When he told me about the National Organizing Workshop (NOW), I knew that it would be a critical opportunity to build on my skills as an organizer and a leader in my school and community. LEE inspired me to join a presidential campaign as an organizer and provided me with coaching to translate my skills into my current role.”

Brandon has worked on policy projects including partnering with National Urban League affiliates in nearly 20 states to create state plans that comply with the Every Student Succeeds Act (ESSA). He had the ability to read and evaluate each plan’s educational equity language.

“I’ve been privileged to work with state leaders who have changed their ESSA state plans because of feedback from the National Urban League. Every state plan that we make more equitable is a victory for the kids and communities we serve, and I feel fortunate to wake up and do this work everyday.”

In Los Angeles, a Good Start Toward a Bigger Picture

Few would have faulted LEE member Amanda Spoto if she had chosen to spend her Saturday somewhere else. 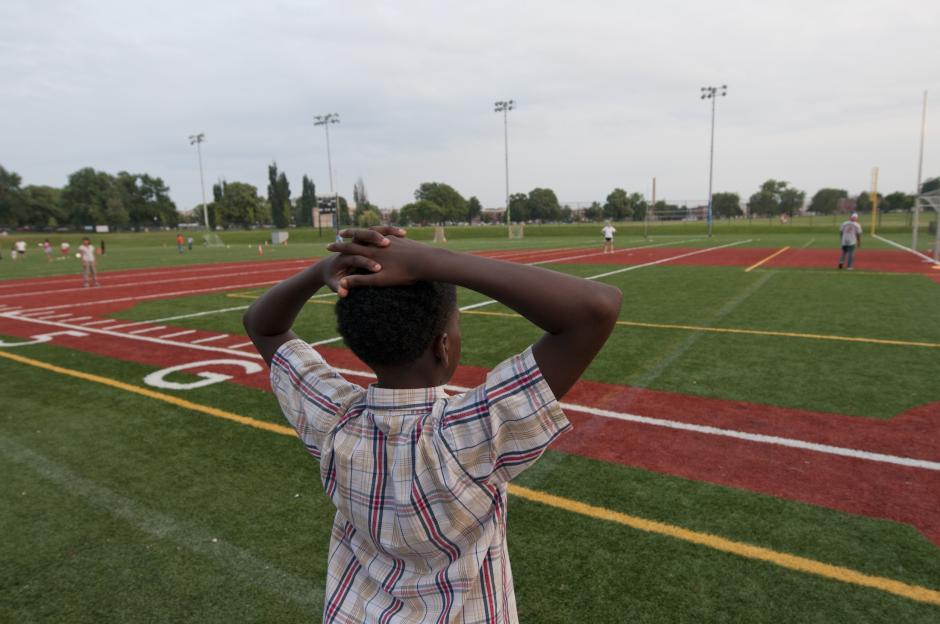 The Many Ways to Impact Education 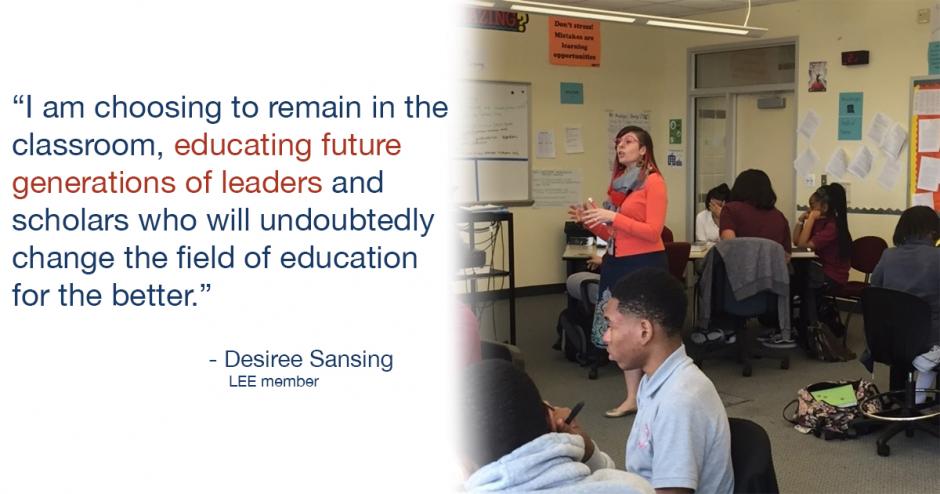 Building safer schools for all students

“For now, I am choosing to remain in the classroom, educating future generations of leaders and scholars who will undoubtedly change the field of education for the better.”