LEE member Natasha Escobar serves as Chair of Baltimoreans for Educational Equity (BEE) and is a tenth-year educator. In an engaging conversation with LEE staffer Danielle Guillen, she discussed lessons learned on leading a national campaign Communities Closing the Urban Digital Divide, activating student leadership as a co-advisor of Students Organizing for a Multicultural Open Society (SOMOS), and her journey as a community organizer and educator during a global pandemic.

Teaching and community organizing during a pandemic is not easy. What were some of the biggest lessons you learned about your leadership? How did your identity as a Latinx person inform how you led during this time?

It was really challenging to teach during the pandemic, because I was being asked to teach in an entirely different way without any robust training. The training I received to teach in the pandemic did not compare to the training I got during my Master’s degree or in coaching through Teach for America. Another challenge for me was making sure students were okay during the pandemic. Some students weren’t able to learn because they didn't have great broadband or access to technology. Thankfully, through the advocacy we did with SOMOS, we were able to move $3 million from Baltimore City’s Youth Development fund to Baltimore Public Schools to address access to technology. I also had major concerns about which students had access to virtual learning. I taught freshman students last year, and I was concerned about the depression and anxiety my students were experiencing. I really felt concerned with how isolated students were. Students were also really overwhelmed by the workload and the amount of time on screen. It was challenging to think about the workload, being isolated at home, and learning new platforms for learning.

Organizing with Baltimoreans for Educational Equity (BEE) was hugely successful when we went virtual. Going virtual was a good move because general membership was able to bring in more people that had other issues to attend in-person meetings. It was also challenging to organize virtually to make sure people still had a human experience. We really had to focus on how to keep people engaged virtually. We leaned heavily on BEE’s great Communications team to do social media posts, texts, and create our digital organizing tools.

My identity helped me make sure that people impacted by an issue have a voice. I think about my SOMOS kids who did so much advocacy on the digital divide on a local and national level with Communities Closing the Urban Digital Divide. It was important to make sure my students really had a voice in advocating for digital equity work.

Oftentimes, the Latinx community is spoken for and not asked to speak for themselves. I know what it is like to have others speak for us and marginalize us. Knowing this helped me step back and allow others impacted by the issue to speak on the issue. I am also really grateful to be working with SOMOS as one of their advisors and lead a club that started as a club to learn about Latinx identity. The other thing I think about is how my identity as a Latinx woman leads me to be an example for my Latinx students who are growing their organizing leadership as well.

Why did you get involved with community organizing? What has kept you both in the classroom and organizing all these years?

I got involved in community organizing when I was new to Baltimore about five years ago. For me, community organizing was an opportunity to deeply understand the city and the context I was teaching in. Being from Texas, I did not really know how things worked here at first because it was different from where I was from. Also, my mom and dad were both really big on being engaged citizens and doing more than just voting. They stressed really knowing issues and being involved with an organization. I wanted to be more involved and be the person my parents wanted me to be, which led me to join BEE.

When I joined BEE, I realized that politics at the local level is a small world. I realized that much of local change happens from people who show up, have a voice, and are given a seat at the table. I realized that by being involved, staying consistent, and being connected to electeds and organizations, I could really build something with them in Baltimore. I have continued organizing because I feel empowered, I can make a difference, and it gives me a deeper context of the world I live in.

One organizing moment that sticks out to me is when BEE was advocating alongside Maryland’s chapter of GLISEN to create a gender neutral bathroom. We were working in coalition with others and there was a school board meeting. BEE was able to get 50 people out to the school board meeting. The school board members were surprised we showed up and shared – they could not ignore us. In that moment (and before I joined BEE’s Organizing Alliance Leadership Team), I realized the power that showing up has and that sharing our experience matters. It was a really powerful moment. because had we not shown up, it would have been easy to think that people didn't care and easy for them to not pass the policy. I realized if you are present at a board meeting, decision makers have to listen to you. This experience solidified my realization that a small but mighty group of people can get a lot done at the local level. 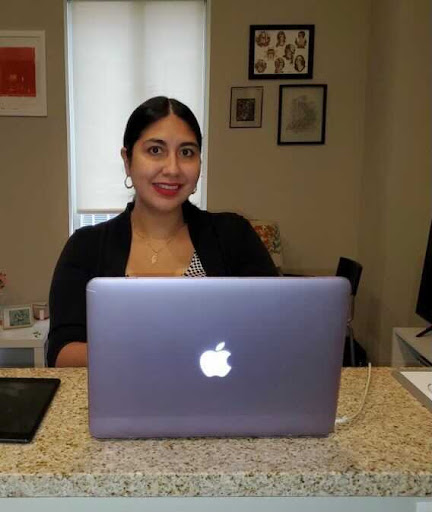 You are the co-advisor of Students Organizing for a Multicultural Open Society (SOMOS). How has activating student leadership shaped you as a community organizer? Are there any insights you have for other educators wanting to activate their students’ leadership?

Working with youth activists makes me hopeful for the future. Adults are dismissive of youth leadership and we make assumptions about them; however, working with young people helped me realize that they experience the world just like us and in talking to them, young people wish adults weren’t so dismissive of young adults and their stressors. I like working with young people and helping them translate that energy to powerful change. In SOMOS, we don’t dictate what students are working on – it comes from their experiences, their concerns, and the injustices they see. The way you can activate young people is to listen to what they care about – create a space where their voices can dictate how they move forward.

To become a better youth organizing organization, SOMOS currently is working on creating milestones and trainings that focus on skills that students can take to college. SOMOS is thinking about student development, such as sending students to a Know Your Rights Training or a basic organizing 101 training and developing other practical skills like resume building. I encourage members working with youth organizing to teach these young people skills to carry on the community organizing. We are fostering the next generation of leaders to go further than us.

In the last year, SOMOS have worked in coalition with other organizations, like BEE, to move $3 million from Baltimore City’s youth fund to Baltimore City Public Schools to buy approximately 15,000 Chromebooks for students during the pandemic. They took on Comcast, too, with three demands: permanently increase upload and download speeds of the internet essentials program, extend free enrollment into the internet essentials program 60 days past the date of full restoration of schools, and make public hotspots free and available. SOMOS eventually won two of the three demands from Comcast. Comcast extended the enrollment period of the internet essentials program through the end of 2020 and increased the speeds permanently because of SOMOS’ advocacy. SOMOS was also a part of forming a national coalition, led by Baltimore City council member Zeke Cohen, Philadelphia council member Helen Gym, and advocates across several states. In coalition, they’ve held press conferences, participated in a roundtable discussion with other advocates for digital equity with Vice President Kamala Harris, met with Federal Communications Commissioner (FCC) Commissioners, and have had New York Times and Buzzfeed cover their advocacy. The list of the things SOMOS has done for digital equity goes on and on.

I want to shout out to my co-advisors of SOMOS–Franca, Connie, and Edwin–for all the work they have put in this year.

What advice do you have for other LEE members considering getting involved in their Organizing Alliance?

Just do it – just show up. And be consistent. If you’re considering joining your Organizing Alliance, take the plunge and keep showing up. I can assure you that you will find your voice for your issue and make progress for it.
Find Your Local Organizing Alliance

Stuck on how you can make an impact? Get no-pressure next steps straight to your inbox.

Change comes when there is a diverse network of leaders fighting to change laws on behalf of kids and communities. LEE can help you make a real impact through community organizing, running for office, careers in policy & advocacy, and more.